Home
About us
Our leadership 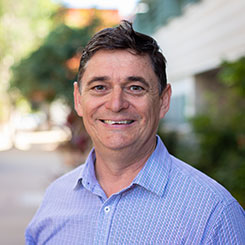 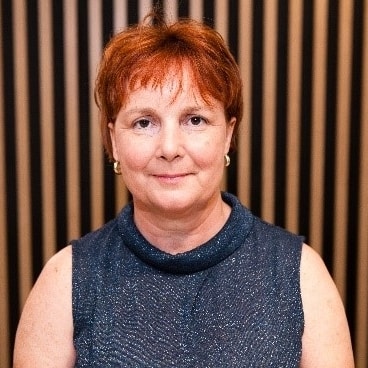 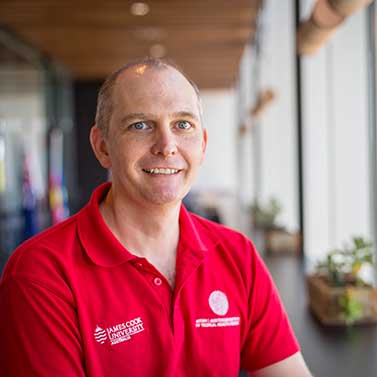 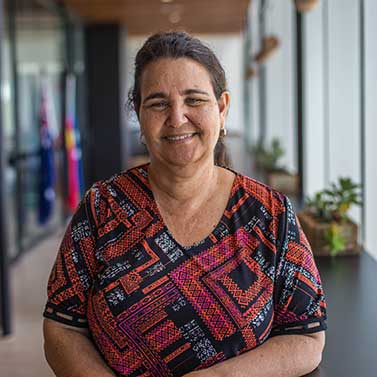 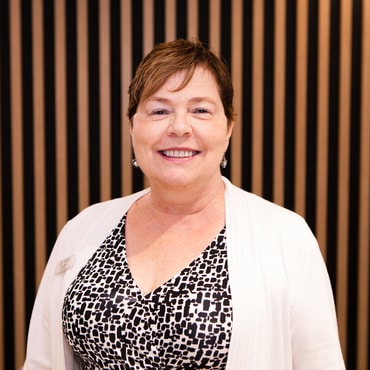 The JCU GP training program Strategic Leadership Council comprises experienced professionals from across the healthcare sector, who have been selected based on their skills and experience.

The Council informs and shapes the work of the GP training program, and covers a range of perspectives.

A/Professor Jacobs was a GP in Mackay for 32 years, a GP Medical Educator for 20 years, and head of James Cook University’s Rural Clinical in Mackay School for ten years, before retiring in 2011. He continues to work as a GP locum and has conducted over 775 GP practice accreditation visits for AGPAL. Associate Professor Jacobs is an examiner for the Royal College of General Practitioners, and is Chair of JCU's GP training program Strategic Leadership Council.

Dr Chris Appleby has a 20-year plus career in the design of innovative models of rural Primary Health Care. Chris has co-owned and operated General Practice Medical Centres in rural communities such as Richmond and Cloncurry, in North West Queensland and Montville and Maleny, in the Sunshine Coast Hinterland. Dr Appleby is currently the Practice Support Advisor for the whole of program at James Cook University, where he is also an Adjunct Senior Lecturer.  Dr Appleby is a Board Director at the Western Queensland Primary Health Network, where he Chairs the Finance & Risk Committee and is also a Board Director at the North West Hospital and Health Service, where he again is Chair of the Finance & Risk Committee. He holds a Project Management Position with Gidgee Healing, the Aboriginal Medical Service for North Western Queensland, where he works from Normanton, in the Gulf of Carpentaria.

Associate Professor Chater is Chair of the World Organisation of General Practitioners Working Party on Rural Practice (Rural Wonca), Immediate Past Chair of Queensland Health State-wide Rural and Remote Clinical Network, a member of the Australian Independent Hospital Pricing Authority Board, founding convener of the Rural Doctors Associations of Queensland and Australia, founding Chair of the Australian National Rural Health Alliance, former Australian College of Rural and Remote Medicine President, former council member of the Royal Australian College of General Practitioners and Head of the Mayne Academy of Rural and Remote Medicine, University of Queensland. In addition, Dr Chater is a Senior Fellow with JCU GP Training.

Dr Natasha Coventry is the Eastern Director of Medical Services based at Cooktown Hospital. She completed her GP training in Far North Queensland, including DRANZCOG (Basic) and Anaesthetics (JCCA), and took up a permanent position as a Rural Generalist Anaesthetist in 2007. Dr Coventry continues to practice procedural Anaesthetics and is involved in building Cooktown as an educational hub for Rural Generalist registrars and medical students.

John Douyere John spent 23 years in Longreach working as a rural generalist with obstetric and anaesthetic advanced skills in addition to undertaking advanced skin cancer surgery and medical leadership roles. Since January 2016 John has held the role of Medical Director of the Queensland Rural Generalist Pathway. After graduating from UQ in 1989 he spent time in Townsville, Ayr, Toowoomba, Charleville and Kilcoy before settling in Longreach. Interests outside of work include restoring and racing collectable Australian and American cars. Dr Douyere now lives on the Gold Coast.

A Rural Generalist in the town of Emerald since 1989, Dr McPhee is the Practice Principal for Emerald Medical Group - a charitable organisation providing medical and health-related services to the community of Emerald. Dr McPhee is current president of the Australian College of Rural and Remote Medicine and also serves as a Senior Fellow for the General Practice Training program at James Cook University.

Dr Louis Peachey is a Girrimay man from the Djirribaligan language group (Rainforest People) of North Queensland. He is a Senior Medical Officer at the Atherton District Hospital where he works as a Rural Generalist Anaesthetist, and runs a regular clinic at Lotus Glen Correctional Centre.

Dr Powell has been a rural and regional GP for many decades. In additional to her practice in Bundaberg, she works as a Breast Physician at Breast Screen Queensland and is a senior clinical editor for local Health pathways. Her commitment to helping advance the next generation of GP’s for regional and rural Queensland has led to her involvement as a Senior Fellow at JCU GP Training. She is also involved in training medical students, primarily for the local UQ rural clinical school .Her interest in optimizing health has not only underpinned her belief that well trained GP’s are central to good health outcomes, but has also led to her recent Fellowship to the Society for Lifestyle Medicine and membership of Meditation Teachers, Australia.

Dr Ed Stark has been a GP in Atherton for nearly 20 years and has been involved in the supervision of medical students and GP registrars for the majority of this time. He dedicates one day a week to skin cancer screening and surgery. Other medical interests include mental health, aged care and palliative care. He was formerly chair of the Tropical Medical Training GP Supervisor Liaison Committee and is currently a Senior Fellow with JCU GP Training.

Professor Sen Gupta is Head of the Townsville Clinical School and Professor of Health Professional Education at Medicine and Dentistry at James Cook University and has worked in medical education since 1993. He is currently a Training Adviser for Queensland Health’s Rural Generalist Pathway and Chair of the Australian College of Rural & Remote Medicine’s Assessment committee. He is on the executive of the Rural Doctors Association of Queensland (RDAQ) and the RDAQ Foundation. Professor Sen Gupta previously worked in remote solo practice in Richmond, north-west Queensland and currently undertakes clinical practice as a GP one day a week.

Lisa is Chief Executive, Office of Rural and Remote Health Establishment and Adjunct Associate Professor, James Cook University; Mount Isa Centre for Rural and Remote Health. Lisa has a broad ranging healthcare career in nursing, service transformation, healthcare management and clinical governance. Lisa has a strong commitment to improving health outcomes of rural and remote Queenslanders. In her role as Health Service Chief Executive, this led to a determination to see health services integrated across the North West Hospital and Health Service, for the seamless delivery of primary health care. Lisa is passionate about creating an environment where staff at all levels can flourish in their work and are able to generate new learning and continuous improvements in health care.

Dr David Rimmer was the first Executive Director of Medical Services for the Central West HHS from 2013 until 2019, consolidating the One Practice Model for the delivery of medical services in Longreach to include all towns in the Central West. He continues as an SMO at Longreach Hospital and Longreach Family Medical Practice with a particular interest in Registrar Supervision and Support. He is a Board Member of the Western Queensland Primary Health Network and a member of the Executive of the Queensland Clinical Senate. David has 44 years of Hospital, Private General Practice, RFDS and Private Emergency Medicine experience which gives him understanding of a wide range of Medical practice models. Dr Rimmer is also a Senior Fellow with JCU GP Training.

Jane is an experienced Registered Nurse and holds qualifications in Management, Community Service Coordination, and Rural and Remote Health. Since 1992 she has worked in Rural and Remote areas of Western Queensland. Jane continues to practice as a Wellness Nurse at the Barcaldine Medical centre, caring for people with Chronic Disease and Mental Illness. Living and working as part of a rural and remote community has provided Jane with valuable insights to the issues and challenges facing these communities. Jane holds a number of key Board Appointments and is driven to improve health and wellbeing outcomes for the people and communities of rural and remote Queensland.

Associate Professor Riitta Partanen has been involved in rural medicine for over 25 years and has held several roles within the Faculty of Medicine at the University of Queensland. She is currently the Head of the UQ Rural Clinical School.

Riitta is grew up in the small town of Tully in North Queensland and is a UQ medical graduate. Riitta has worked as a General Practitioner in Maryborough since 1996 and continues to serve the community 1-2 days/week, where she has also served as a GP supervisor.

Riitta commenced her PhD in 2018 in the area of impacts on growing the rural medical workforce. Riitta has been a member of the RACGP Rural Education Committee since 2017 and was actively involved in the Wide Bay Division of General Practice from 2002-2007.

Professor Sabina Knight is the Director, Centre for Rural and Remote Health located in Mount Isa. Originally a Remote Area Nurse (RAN) in NSW, Professor Knight gained her Master of Tropical Health from the University of Queensland and has held various remote health practice, service and academic roles, including extensive work as a RAN in very remote communities of Central Australia. Professor Knight has served on numerous national, state and regional committees and advisory councils. Her leadership roles have included foundation roles with the Council of Remote Area Nurses of Australia; the National Rural Health Alliance, the Central Australian Rural Practitioners Association and as a commissioner with the National Health and Hospitals Reform Commission.

Dr Julieanne Graham is currently the Executive Director of Medical Services with Central Queensland Health and Hospital Service. She grew up in Clermont in Central Queensland, and received her MBBS from the University of Western Australia. She also has a Master of Public Health from the University of Queensland. She has experience in public and private practice, and in both front line clinical as well as senior management roles too numerous to mention. Dr Graham is passionate about rural generalism and about reducing health inequalities for rural and regional Australians.

Bevan is currently the General Manager of Sector Development for Queensland Aboriginal and Islander Health Council. Bevan and his family have a long history in Indigenous affairs and he is a strong supporter and advocate for social justice. He has worked in the Aboriginal and Torres Strait Islander Community Controlled Sector for the past 25 years spanning front-line service delivery positions, administration, finance, policy, community engagement and leadership and is a member of a number of local Aboriginal and Torres Strait Islander organisations in Cairns. Bevan was the CEO of Mamu Health Service in Innisfail before returning to QAIHC in 2017.

How is JCU making a difference?

Take a look at our JCU GP training stories